Advocates continue to push for reparations for African Nova Scotians

Lynn Jones has been advocating for reparations for years.  Leslie Amminson

Members of the African Nova Scotian community continue to make a case for reparations, but say a lack of political representation means their voices often go unheard.

Reparations cover a broad scope, but all forms of reparation are meant to redress disadvantages African Nova Scotians continue to face today as a result the province’s history of slavery and institutional racism.

Lynn Jones, a community activist in Halifax, has been advocating for reparations for years. In an interview, Jones pointed to well-known instances of institutional racism in Nova Scotia as some of the more obvious examples of why reparations are needed.

The treatment of Africville residents, who were marginalized and then forced to relocate when the city destroyed the community, is one example. Another is the Nova Scotia Home for Colored Children, where an inquiry found a history of abuse against black children spanning decades.

But ultimately, Jones said, any African Nova Scotian community could make a claim for reparations. This is because they continue to experience a ripple effect of socio-economic disadvantage as a result of a legacy of systemic racism.

“One would think everybody’s starting at the same place whether you’re white or black,” Jones said. “But if your family has had wealth, or even education over a long period of time, that’s passed on one from one generation to the next.”

Reparations: no one size fits all

Jones believes Canada’s history with slavery has had lasting, wide-ranging impacts on African Canadian individuals and communities. Slavery was made illegal in all British colonies in 1833, but Jones said it laid a foundation for systemic, institutional racism in this country, from which black communities are still recovering.

The negative impact has been broad, said Jones, making it difficult to create a template for what reparations should look like in Nova Scotia.

“Discrimination, anti-black racism, health issues, healing issues, economic issues. It covers every spectrum you could possibly imagine,” she said. “So it depends on what your experience is, how reparations unfolds.”

Some work done, but much more needed

Additionally, the provincial and federal governments have recognized the United Nations Decade for People of African Descent. A UN report recommended Canada “consider providing reparations to African Canadians for enslavement and historical injustices.”

In response, Canada committed money toward community and employment programs for African Canadians. Nova Scotia created the Count Us In action plan to answer some of the recommendations from the UN report, but Jones was disappointed to see no explicit mention of reparations within the plan.

She said money and apologies are only steps toward reparations.

Jones would like to see the provincial and federal governments put resources toward researching the most appropriate form of reparations for each black community, based on the specific disadvantages they have faced.

“You can never pay for what happened during slavery. It can’t be done,” she said.

Because the impact of racism in Canada has been so broad, Jones believes there is no template for reparations.

“We’re talking about things that are embedded in structures,” she said in an interview. “That leaves all of us trying to pull at it from different aspects to unravel it and shape a fabric that works for all of us.”

Marcus Marsman, a second-year law student at Dalhousie University, recently spoke on a panel about reparations with Jones as part of African Heritage Month.

He said the Black Loyalist settlement communities of Nova Scotia are a good example of why a blanket solution for reparations doesn’t work.

In the 19th century, the British gave land to Black Loyalists without title of ownership. That meant people who lived on that land couldn’t sell, mortgage or lease it. And since the settlers didn’t technically own property, they couldn’t vote.

Two hundred years later, many African Nova Scotians in these communities still don’t have clear titles of ownership for their land. Without clear title to land, residents could have legal troubles selling their property, or building on it.

For the 13 Black Loyalist settler communities in the province, Marsman said clearing up land titles could be one appropriate form of reparation.

In 2017, the Nova Scotia government announced it would implement the Land Titles Initiative to help residents clear up the ownership of their land. The province has committed $2.7 million to help cover the fees of gaining clear land title, or ownership.

“This is significant, because primarily any sort of progressive action is going to happen through the legislative assembly,” said Marsman.

“In order to effect change, you need seats in the house and people who are sympathetic to the cause.”

Under the current government, Jones said, the issue of reparations is “a political hot potato that nobody wants to touch.”

Because of a lack of political representation, she said an unfair burden is placed on communities to advocate for redress.

“Not only [do] we have to educate our own community on what is happening, but then we are also supposed to be expected to educate government,” she said.

“I think the key is that everyone should have reparations on their agenda.”

Jones will be involved in a forum discussion on reparations on Feb. 29 at Halifax North Memorial Library. 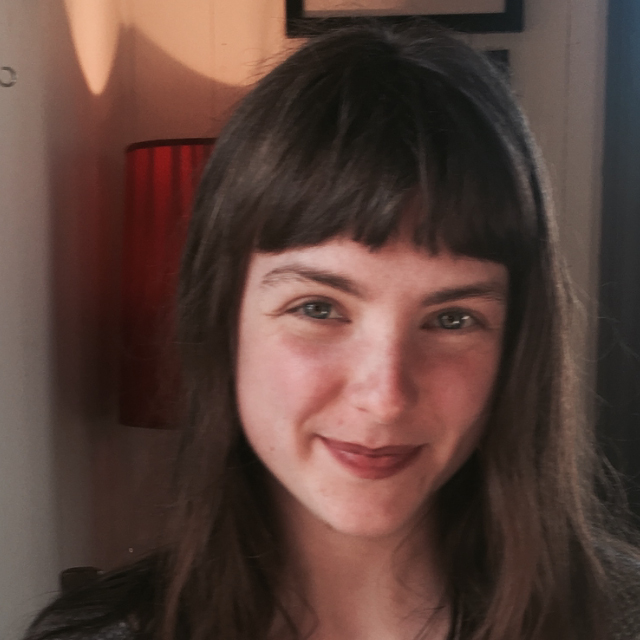 Ethan Lang is a student journalist at the University of King’s College. Originally from the Annapolis Valley, he spent a few years on the Rock and in the Rockies before coming to Halifax.