The elements include a memorial plaza next to the Halifax Memorial Bell Tower, a series of hillside terraces engraved with explosion facts and a staircase commemorating the destroyed community of Richmond.

HRM hired Ekistics Planning and Design to develop a plan for the revitalization of the park. John deWolf, of Form:Media, a sub-consultant for Ekistics, took reporters on a guided walk of the park on Thursday. He said the interpretive elements are meant to accommodate tourists and people visiting the park for the first time.

DeWolf said he wants visitors “walking away with an inclination to learn more, to go to all the other great resources.”

Below is a map of new interpretive additions to the park. Mouse over the photo or touch the screen. 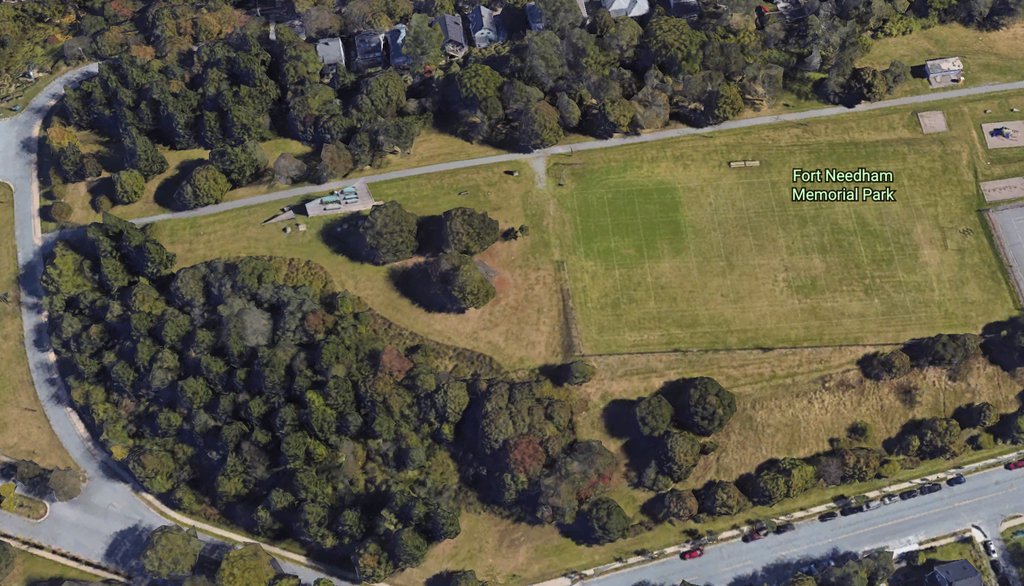 The Halifax Explosion killed nearly 2,000 people and seriously injured around 9,000 others on Dec. 6, 1917. The blast was caused when the Imo, a relief vessel, collided with the Mont-Blanc, a munitions ship, in The Narrows between Halifax Harbour and Bedford Basin. It is considered to be the largest human-made explosion before the U.S. dropped atomic bombs in 1945.

One of the highlights of the design for deWolf is the Richmond Staircase. He called it an “homage” to the community, which was entirely destroyed in the explosion.

Looking up from the bottom of the staircase, the word “Richmond” is visible on the steps. DeWolf said that’s meant to represent the community before the explosion.

“When you move up the stairs, as if moving to this century, that name is lost and gone,” he said.

A 45-minute light show telling the story of the explosion will be projected on the Halifax Explosion Memorial Bell Tower every night at dusk starting next week, said deWolf. He added that the lights should be visible from anywhere the top of the tower can be seen.

DeWolf said the main goal of the new design was to build instalments that are easy for curious visitors to find but that otherwise blend into the background of the park.

“We believe that interpretation is not education,” he said. “It’s about exciting and evoking emotion, and we didn’t want to go through the experience … of telling people what they’re seeing.”