Somehow in the spring of 2020 Stephen McNeil went viral.

At one of his regular televised updates on the COVID-19 pandemic with the province’s chief medical officer of health, Dr. Robert Strang, he uttered a phrase that took the internet by storm.

“Stay the blazes home,” he said, admonishing Nova Scotians who ignored public health measures that called for them not to venture out. The phrase was everywhere: the news, internet memes, T-shirts and even inspired a song by the rock group the Stanfields.

In his book on the ex-premier, Stephen McNeil, Principle and Politics, author Dan Leger dedicated a whole chapter to McNeil and the pandemic.

“How McNeil dealt with it was definitely a measure of his leadership,” Leger said in an interview on Monday.

Leger, who worked in Nova Scotia media for decades, was asked to write the book by Terrilee Bulger, co-owner of Nimbus Publishing. The book describes McNeil’s life, legacy and time in office. It was launched at an event at the Halifax Central Library on Monday.

Stephen McNeil was first elected as an MLA in August 2003. In 2007 he became leader of the province’s Liberal party. The Liberals won a majority government in 2013 and McNeil held office as premier until he retired in February 2021 after two terms.

As premier for seven years, McNeil led the province through fiscal reform, a mass shooting tragedy, and a global pandemic. In February 2017 McNeil’s government enacted Bill 75, imposing a four-year contract on the province’s teachers and enraging the province’s public sector unions. That law was overturned by the courts earlier this year.

From taking on the teachers union, to balancing the provincial books, Leger’s book paints a picture of how McNeil created change, garnering friends and foes along the way.

Leger struggled for six months to secure an interview with the former premier. McNeil sat down with The Signal on Wednesday for an interview about the book.

Leger suggested one of McNeil’s main traits is stubbornness. McNeil has a different word for it.

“Determination matters,” McNeil said. “Some people call it stubborn. I think it’s determination. [We were] determined that we were given the privilege to govern, and we were going to do it.”

“Throughout his political career he was guided by personal and ethical principles … core values of modesty, hard work, careful management of public money, and devotion to community gave him a solid foundation upon which to make decisions, even when they were unpopular,” wrote Leger.

“My views on that changed over time as the research went ahead when I realized that the digital credit that they came up with actually was more comprehensive.”

After McNeil retired, after almost 18 years in public office, his Liberal party lost in the following election. Did McNeil think Leger’s depiction of that era was accurate?

“I’m very proud of the record we had, but you never know what someone else’s view is of it. Especially when we did it, not everyone agreed with what we’re doing … [that] came out in the book,” said McNeil. 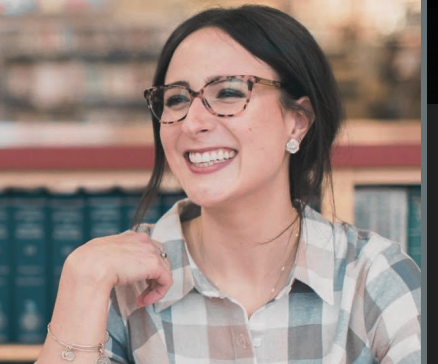 Katie grew up on the Mira River in Cape Breton, Nova Scotia. She launched Social Justice Radio on CFXU 93.3 FM The Fox in 2010 at St. Francis Xavier University. Today, she runs a Substack publication titled 'The Portland Place Press' where she writes about business, politics, arts and culture here in Nova Scotia.