Lessons from a little English newsroom

Will journalists in the future work entirely from home?

Peter Morse didn’t learn that his office was shutting down from a man in a suit, but from an anxious receptionist holding a piece of paper she shouldn’t have had.

It had been carelessly faxed one winter’s day in early 2014 by upper management to the Crewe Chronicle, the weekly publication in Crewe, England, where Morse has been a sports editor for 15 years.

The entire staff gathered in the newsroom to make sense of it. There was chaos. The fax spelled out the plans of the newspaper’s parent company, Trinity Mirror, to shut down the Chronicle’s physical office and equip the staff to work from home.

The print industry was, of course, losing money quickly, and the move would preserve the jobs of all of the journalists and advertisers.

“I’m part of a passionate team,” says Morse, talking over the phone from a spare bedroom in his house. “People cared about (the shutdown) and they didn’t want it to happen.”

When the newsroom closed in May 2014 he squeezed a desk and a chair in beside two beds and started calling it his office. Today he writes from home and travels to stories in his company car. Every month, Trinity Mirror adds a little extra to his paycheque to compensate him for using his own heat and Internet. He misses seeing his coworkers, but this lifestyle is starting to feel normal.

“If someone told me to work in an office again, I think I would. But it’s not as straightforward as I thought it would be.”

Although Morse doesn’t believe working from home has made the paper better, he says the content isn’t worse for it.

A race for a better model

Newspapers around the Western world are in a bad spot. As advertising revenue and circulation decline – national papers in the UK sold half a million fewer copies a day in 2015 than in 2014 – companies are scrambling to save costs.

Many are putting up paywalls. Some are laying off journalists. Others are just closing down.

According to April Lindgren, an associate professor at Ryerson University, any method that affects content – like moving from a daily to weekly publication, or hiring freelance journalists instead of full-timers – is a failure.

Even moving to online, she says, companies have had trouble finding a successful financial model. “I don’t think any of (the new models) is a magic bullet.”

The Crewe Chronicle’s approach is rare. Lindgren hasn’t heard of a single Canadian paper trying it.

The future is at home

In other industries, there are many names for what the Chronicle is doing: teleworking, telecommuting and remote working are the most common. Employees telecommute a couple times a week, or every day.

It’s a type of work that has grown with the Internet, and one that Jay Mulki, a professor at Northeastern University in Massachusetts, says will no doubt become the norm in fields like sales, technology and communications. “With the millennials’ requirement of work-life balance,” Mulki says, “the percentage of people working from home will only go up.”

Mulki says this will grow even more as the country goes through a “cultural mind-shift” in which employers shake the idea that they always have to literally watch over employees.

After all, a slacker’s a slacker, and will be found out

The shift to telecommuting has been controversial. While embraced by organizations in many industries, some companies ban working from home entirely. Yahoo is the most prominent. And France last year passed a new law that forbids companies from forcing employees to check work emails in their off-hours.

Telecommuting is appealing because it saves companies the costs of operating a building, saves employees commute time and, because people feel they must be available all the time, it makes people more engaged with their work. Most companies find that employees are more productive when they telecommute.

Global Workplace Analytics estimates that if everyone in the U.S. who has a job compatible with telecommuting did it half the time, the reduction in greenhouse gasses would be equivalent to taking every worker in the state of New York off the road.

Skype meetings are no substitute for in-person collaboration, and constantly checking emails can cause people to burn out and have trouble separating home life from work. Ozgur Turetken, a professor at Ryerson’s Ted Rogers School of Information and Technology Management, says that employers who shut their offices and have everyone work at home risk a lonely workforce. He suggests providing a small workspace where employees can gather to toss around ideas when they want to.

“People need (face-to-face) interaction. It’s not just how well you do your work, it’s also about morale … One benefit of working, for many, is the social interaction that comes with it. If you take that out of the equation you will affect peoples’ lives.”

Right now, journalists in Nova Scotia are working away at Halifax’s accidental experiment in an officeless newsroom: Local Xpress. That is, when they’re not on the picket line.

The new, daily digital paper is run entirely by the 55 striking employees of the Chronicle Herald. After they voted to strike, the journalists Googled free apps that would allow them to run an officeless newsroom to compete with the Herald.

Pam Sword the Local Xpress executive editor, has more than 30 years of experience in the industry. She now works from her dining room table.

“I think (officeless is) the way more and more places should be going,” she says, sitting on a pew in the church hall where the strikers hold meetings and collect their strike pay. “Our work is the vital part – it’s not the chair we sit on, or the desk we have.”

While she’s enjoyed the experiment, and calls officeless work “dear to my heart,” Sword believes that the culture of a newsroom can’t be captured via free instant messaging apps. She’s also found herself staying up later at night than she usually would, to work.

Sword has to come to the same conclusion Turetken did. She thinks the best approach would be halfway between a traditional and an officeless newsroom, where journalists could come into a small office space to work together occasionally, and newspapers could save big by not paying for a huge workspace.

After all, she says, “if a photographer’s sitting in the office, it’s kind of a wasted photographer.”

Apps journalists use to communicate 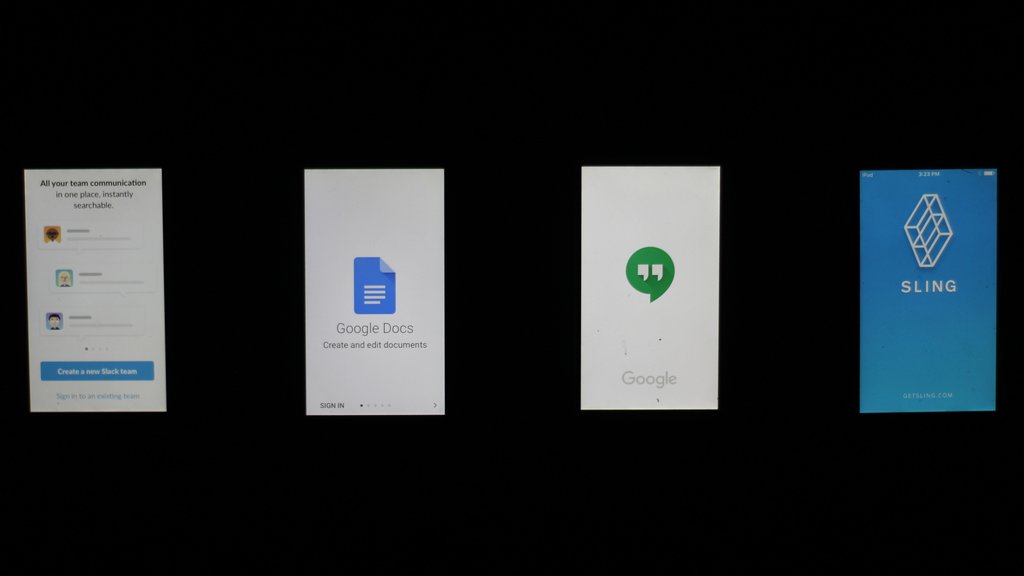 The right time for change

When Trinity Mirror decided that the Chronicle’s office would close, it made sense to the paper’s executive editor, Michael Green.

Circulation had been falling for some time, and more and more people communicated with staff digitally. Several years before, printing of Trinity Mirror’s local titles had been centralized. Because not all staffers went to the office to submit stories, the company had already invested in the software to make working from home possible

“Initially it was bit of a surprise,” says Green, “but ultimately it was something of a relief because the alternative would have been to lose people – or possibly even to lose the operation altogether.”

Today, the experiment is regarded as a success by management. For the past few years the paper has been the best-performing paid-for weekly in its county, according to Green.

Because the paper launched a campaign advertising the shutdown before it happened, the people of Crewe know that the journalists are at home, not gone. “Our journalists have actually been more visible in the community,” says Green.

The journalist Peter Morse has mixed feelings. What was good for the paper has been tough on him. After the closure was announced, he watched some of his colleagues quit. Because he works from home, he’s lost the sense of community he once had with coworkers, and misses seeing them regularly.

On the bright side, he reckons he’s spent more time with his children than anyone who works a nine-to-five job.