The committee heard from Rally Point Retreat on Tuesday

As part of its development plan, Rally Point Retreat in Sable River, on Nova Scotia’s South Shore, is looking to build an additional 160 cabins on 81 hectares of land. These 160 new cabins are expected to be used for the essential service members who are homeless and dealing with PTSD.

The retreat is also seeking support from the legislature’s veterans affairs committee to obtain accreditation from Peer Support Canada, an organization that offers certification to peer supporters, in order to expand its services.

A safe-heaven for people who serve

“As I present today, you will probably notice that I have some difficulty maintaining my focus my eye may water, my voice and hands will shake. This is the result of post-traumatic stress disorder (PTSD), which I diagnosed with in 2004,” Bob Grundy, the co-founder and president of Rally Point Retreat, told the committee during a video conference on Tuesday.

The retreat is almost like its own tiny community. Guests of the retreat can participate in activities that are carried out in parallel with the development of the facility. They can work in the garden, cut firewood, or work on building projects.

Visitors to Rally Point Retreat can go for the day, stay overnight, or for longer-term stays. Currently, visitors stay in two living rooms. There is also a trailer to use during the warmer seasons. The library can also provide additional sleeping space in case of an emergency.

Peer support: a system that goes beyond advocacy, education, and mentoring

Rally Point Retreat is run based on a system of peer support. Grundy emphasized the system’s impact.

“It improves symptoms of depression,” he said, adding it can also help solve bigger issues like food security, employment, or wellness resilience.

“Making contact is the most important thing you can do to help somebody. We don’t try to tell them what to do. That’s not the purpose of peer support. Peer support is to help [people] find their own way,” Grundy said.

Murray Ryan, MLA for Northside-Westmount and a member of the legislature’s veterans affairs committee, commended the work of Rally Point Retreat.

“PTSD is something, as you so aptly put it, it’s had many names over the last centuries,” he said.

“It’s only in our recent history that it’s truly receiving the attention that it truly deserves.”

The committee passed a motion to write a letter of support for Rally Point Retreat to use in their accreditation application to Peer Support Canada.

Additionally, another letter was planned to go out to the federal Standing Committee on Veteran Affairs Canada, outlining the importance of organizations like Rally Point Retreat in Nova Scotia.

With the letter of support from the committee, Grundy hopes that it can draw the attention of the provincial Workers’ Compensation Board (WCB), or even Veterans Affairs Canada (VAC). He wants these organizations to recognize that the work being done at Rally Point Retreat can complement and support their existing programs.

Around the east coast of Canada, there are other organizations that are carrying out similar work of Rally Point Retreat, such as Serenity Acres Family Ranch, Pathways to Better Days, or Equi-Sens. 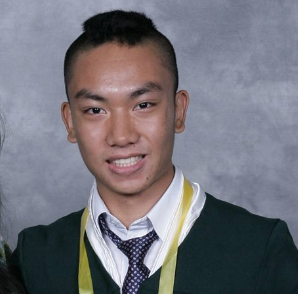