Data diving is helping journalists know how to serve their audience

Something was rotten in the Blue Ridge Mountains in fall 2014. Kayleb Moon-Robinson, an African-American sixth-grader in Lynchburg, Virginia, was staring in the face of three criminal charges: two for disorderly conduct and one for felony assault on a police officer. His crimes? Kicking over a trashcan and struggling against a policeman at Linkhorne Middle School.

In April 2015, Kayleb was found guilty of all three charges. The conviction horrified his mother — especially considering Kayleb, 11, is autistic.

The Center for Public Integrity — a nonprofit, investigative news organization in Washington, D.C. — broke the story. Then John Ketchum went to work.

As the engagement editor for the Center for Public Integrity, it’s Ketchum’s job to monitor people’s reactions to online content. When the Center published the feature on Kayleb, Ketchum combed though data and discovered readers’ growing interest in the story.

He watched the numbers flash across his screen in real-time. Switching tabs, he moved to the comment forum to answer questions and moderate discussion. On Twitter he posted a meme-style image explaining Kayleb’s arrest. The tweet did extraordinarily well, retweeting almost 200 times and catching the eye of an autism-rights advocate who organized a petition on Kayleb’s behalf. Reading, sharing and commenting on the piece skyrocketed.

The Center’s investigation — and the petition’s 155,000 signatures — inspired the state of Virginia to launch the “Classrooms, not Courtrooms” initiative, a cabinet-level proposal designed to reduce on-campus arrests.

The story “sprawled off and got a life of its own,” says Ketchum. Readers and community members played a pivotal role in Kayleb’s story.

They never used to have a part to play.

Former Guardian Editor-in-Chief Alan Rusbridger has spoken of “tablet of stone” journalism. All-seeing, all-knowing truth-tellers would write articles indelibly, on paper, for readers to passively absorb. Once printed, stories were finished – absolute – and beyond subscription numbers editors didn’t care to monitor readers’ reactions. The Internet “revolutionized the delivery of information,” says Rusbridger, to the point where “journalists and readers (are) equal partners.”

Sixty-seven per cent of American millennials (aged 18 to 34) read the news online. They search for “hard” news on respectable name brand sites, like the New York Times, and wait for “soft” news to filter in on social media. These readers have access to a web (pun intended) of complex and interconnected information. If they don’t like the way a story is presented by a particular news organization, they search swiftly on.

The Internet acts as a two-way mirror. Just as readers choose what to see, so can news organizations see readers’ choices. Journalists have always wanted more people to read stories. Thanks to computers, they now have a way of making — and watching — this happen.

The first “computer” (the first machine that bears any functional resemblance to the modern desktop) was completed in 1946 by John Mauchly and J. Presper Eckert at the University of Pennsylvania. Their computing system, efficiently titled ENIAC (for Electronic Numerical Integrator And Computer), sprawled over 1,000 square feet and weighed 30 tons, about the weight of 12 small elephants. According to the Computer History Museum in Mountain View, Calif., ENIAC completed more calculations “over the ten years it was in operation than all of humanity had up until that time.” Five years later, the president of J. Lyons and Co., a British tea company, built a computer to meet his businesses’ “growing need for data processing.” And so commercial number crunching was born.

Data analysis, the idea that data can show patterns, emerged in the early ’60s. Database marketing, the idea that companies can use data to predict consumer behaviour, materialized in the ’90s. In 2009 Hal Varian, then Google’s chief economist, said “to access, understand, and communicate” analytical insights would be crucial for businesses going forward.

“This is how making money in the digital news economy works in 2015,” says Chris Anderson, an assistant professor of media culture at CUNY’s College of Staten Island. In our data-driven “culture of the click,” it’s important to know how many people are searching, reading and sharing stories at any given time. Reader engagement leads to brand sustainment. Learning how to build productive, lasting relationships with readers increases the likelihood of visitors becoming returning users.

Keeping track of these numbers, for online and mobile, is a big job. This is why journalism brands like ProPublica, Time magazine, Sports Illustrated and the Economist have started hiring engagement editors — editorial employees who specialize in data analysis and audience behaviour. The job is to use data to optimize a publication’s editorial and advertising objectives – and connect with readers.

At any given time, engagement editors may be looking at data to determine the best times to post stories, responding to readers’ questions online, promoting upcoming events, teaching audience engagement, or maintaining their newsroom’s content management systems. Audience engagement is time-consuming, especially when it comes to social media. Optimizing content on different social platforms is like cooking different meals for each of your children: it takes practice and a lot of work, but at the end of the day, your “children” think very highly of you — or at least they’re not complaining.

It’s clear newsrooms are making audience engagement a top priority. “It’s not enough to do good journalism (anymore),” says Elia Powers, an assistant professor of journalism and new media at Towson University in Baltimore. “You have to be able to sell what you’re doing.”

While readers may find it slightly ironic that engagement editors use numbers — inhuman, flat measuring devices — to foster human connections, these numbers can be hugely helpful in building relationships.

Analytics is the technical term for the collection and analysis of data. Analytics identify how many people are looking at, clicking on, spending time with and, eventually, sharing content, both online and on social media. Knowing in advance how, when and where to reach readers online gives news organizations a distinct advantage. 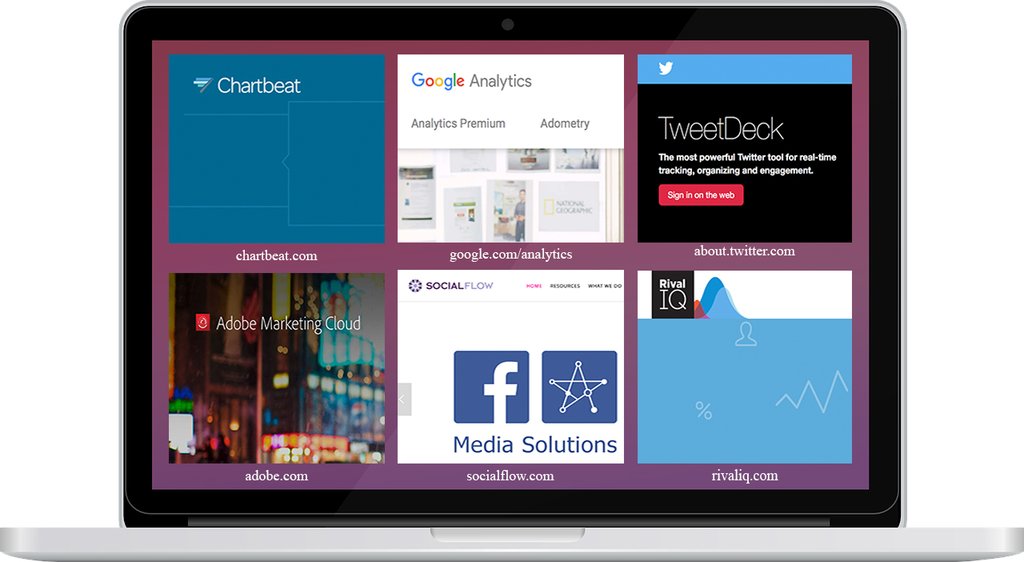 But there is a danger here, warns Seth Lewis, an associate journalism professor at the University of Minnesota. Pandering to audiences, he says, can lead to “traffic chasing,” situations where journalists ignore their roles as watchdogs and gatekeepers and, instead, “slavishly go after clicks” by publishing fluff pieces like “15 Depressing Meals That Will Make You Cry Into Your Ketchup-Topped Spaghetti” or “Donald Trump Trades His Comb-Over for a Man Bun” (real headlines from Buzzfeed and E! Online).

This doesn’t worry Jessica Stahl, the editor for social/search/communities at the Washington Post. The Post investigates tough topics because they’re important, she says, not because they’re “particularly sexy.” Engagement editors, Stahl argues, should use audience data to help share these stories successfully, because every story deserves its “best chance at life.”

Will Federman, the engagement editor for Fortune magazine, says he “wears a lot of hats.” He spends most of his time mining analytics for audience engagement trends, testing headlines, teaching newsroom employees about engagement and story optimization, and running Fortune’s social media accounts. Understanding Fortune’s audience, he says, is the only way to keep the brand alive. If you can “develop a product that resonates with an audience and you can build that audience,” says Federman, you’re “likely to survive and thrive into the next era.”

In September 2015, a reporter wrote The siege of Herbalife for Fortune’s print magazine. The piece profiled Bill Ackman, a “hedge fund titan” trying to bring down Herbalife, a nutrition company in Los Angeles that made $5 billion in 2014. The piece was almost 12,000 words.

Despite its “esoteric” subject matter, Federman knew the piece could succeed online. He met with Fortune’s web production team to determine the best time to publish the story (evidently, the story wanted to be an early riser; it was published at 6:30 a.m. New York time). He pulled facts from the article to post on Twitter. He asked the article’s writer to link his story with 150 of its best words so people could read those and bookmark the article for later.

A lot of people said, “no one’s gonna read it… this is the mobile generation, it has to be 140 characters,” says Federman. “But I said, ‘Nope, we can do it. We can make (the story) relevant, we can show people why it’s worth it (and) we can build strategy around it’.”

Average page time engagement on the Herbalife article exceeded six minutes, which is just “unheard of,” says Federman. The time spent on most Fortune stories is 30 seconds. This experience proved that audiences could engage with long-form journalism online – if engagement editors were involved in its promotion from start to finish.

Fall is football season. In August 2015, just as the NFL wrapped up its preseason, Jessica Stahl sat with her team around the Washington Post’s “news hub,” a screen-laden cluster in the middle of the newsroom. While it’s not her own “special operations centre” – “we’re not like some other organizations where (the newsroom) looks like it could be the CIA” – Stahl has two computer monitors at her disposal.

Scrolling through football stats, she wondered whether there was a market for Fantasy Football coverage. She decided to find out. “I am a planner and a list-maker and an analyzer,” says Stahl. “I really like (projects) where I can say, ‘Here’s the goal we need to reach. I’m now going to make a plan with steps on how to get there’.”

In August 2015, Stahl had one of her writers publish an article titled Pouncey injury makes Le’Veon Bell, Antonio Brown and Big Ben big fantasy risks. To see where readers of this story were coming from, Stahl tried different headlines on social media to find a formula that attracted the most readers. The article “got a ton of traffic,” said Stahl, and the Post now proudly offers “robust” fantasy football content.

While the “engagement editor” title hasn’t yet made its way into Canada, the roles and responsibilities of the engagement editor are being met by journalists across the country. In September 2015, Jen MacMillan became the new social media and community managing editor of news at CBC Nova Scotia. She will dig into data to make sure the CBC is present on the social media platforms Nova Scotians like to use. And Sarah Lilleyman became the new associate editor for operations and engagement at the Winnipeg Free Press in July 2015. She has big plans to grow the Press’s digital audience by figuring out what it likes to read and share on social media.

The four American engagement editors interviewed for this article implied that their jobs, going forward, would adopt an almost Darwinian quality: adapt to survive. As competitors and social media platforms evolve over the next decade, so will audience engagement strategies.

Still, he doesn’t expect this to happen any time soon. Audience engagement — and everything it entails — would overwhelm already-overworked reporters.