A $10,000 grant from Canadian Heritage will help Page1 Theatre expand this year’s OutFest, which Page1 promotes as the “largest queer theatre festival in Atlantic Canada.”

This year’s six-day festival will offer more performance and development opportunities for both emerging and established queer artists in Halifax.

The federal funding was made through the Canada Arts Presentation Fund (CAPF) to support professional queer theatrical work in Nova Scotia.

“The arts budget in Nova Scotia has remained stagnant for 15 years,” Mulè said, “not only making it difficult for established companies but for companies new to the province, like ourselves, to continue to work.”

The provincial Department of Communities, Culture, Tourism and Heritage made no commitment on  funding the festival. Department spokesperson Susan Mader Zinck said, “We work closely with arts organizations and we’re aware of the pressures they’re facing.”

The theatre made money by selling ads, partnerships, and tickets.

The first OutFest attracted about 600 attendees, according to Mulè. He anticipates doubling that number this year.

More money means organizers can provide a bigger lineup and more workshops for OutFest 2023. This includes additional resources for two-spirit and Indigiqueer artists to develop and collaborate.

Mulè also added new performances like Margo MacDonald’s one-person show The Elephant Girls, which sold out in past Ottawa and Winnipeg Fringe Festivals.

OutFest 2023 starts on April 25 at the Bus Stop Theatre Co-op on Gottingen Street in Halifax.

Mulè said the theatre will reapply to Canadian Heritage next year to maintain the funding. Municipal and provincial grants will also be pursued. 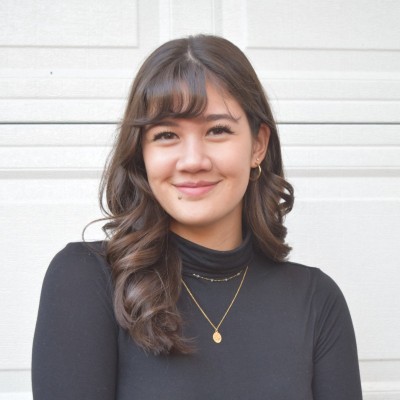 Chase is a fourth-year journalism student from Mississauga, Ontario.