Stitching a community together, one knitter at a time

Lucy Neatby on her experimental work "Zinnia" at her studio in Dartmouth, N.S..  Lisa Takagi

Her journey began with a green sweater. It was the 1970s in the U.K., and 17-year-old Lucy Neatby wanted a traditional Guernsey sweater to wear while working on a cargo ship. She couldn’t find a good one, so she knit one herself.

Today — four decades later — Neatby works in her studio in Dartmouth, N.S., adding another stitch to her next design. Her suitcase is open beside her, full of her finished knitting and needles for her next teaching trip to Vancouver.

“I love colours, I love textures,” she says. “Knitting always has been my passion.”

Many Nova Scotians may not know Neatby, but knitters around the world do. If you Google  “double knitting” — a modern and advanced knitting technique where you knit two layers at a time — her website shows up on the first page of results.

Neatby has released hundreds of knitting patterns and 15 volumes of instructional DVDs, 80 per cent of which sell outside of Canada. On the popular knitting portal site Ravelry.com, more than 200 people from all over the world have already knitted and posted photos based on one of her sock patterns released this year.

Neatby teaches 120 knitting classes or more a year while travelling to a number of places, mostly around North America. “It’s certainly a full-time business,” she says.

[VIDEO] Lucy Neatby talks about her design and passion for teaching

Neatby is one of the key figures in the knitting scene in the Halifax area. She’s helped it grow over the years, since she arrived in Nova Scotia with her husband and children in 1992.

“There’s much more a community here than where I lived in England,” she says.

Finding fellow knitters in the 1990s, before the Internet era, was not easy.

“I could never find another knitter,” says Watt, remembering her days in the 1970s when she was a Dalhousie student. “There was a lot of quilting, and a lot of work cooking, but there was no knitting, no culture of that sort.”

Neatby didn’t know anyone in Nova Scotia when she first arrived. One day, she found an advertisement for Fleece Artist, a local yarn dyer and seller. She visited the shop in Halifax and started designing patterns for them to sell. They asked her to teach knitting as well.

As soon as she started her class, Neatby discovered that she loved teaching. “Many other people whom I met at the class, I’m still in contact with. And they still speak to me.”

In 1994, Neatby taught at a big knitting conference in Halifax, which led to other teaching opportunities in Vancouver and other Canadian cities, as well as in the U.S.

At the same time, Watt and Neatby came to know each other through a Canadian knitting newsletter, which was mailed to subscribers every month, and became best friends. They started gathering other local knitters and established a knitting guild called Nova Scotia Knitting and Cocoa Society (KnitCo), which is still active.

The tight friendship later helped them open a new door in their careers. In the mid-1990s, Neatby decided to build her own website so customers could download her patterns directly. She hired a marketing company, who failed to do the job. That’s when Watt, who admittedly knew little about coding, decided to help.

“I just bought a HTML textbook and just learned it,” says Watt. “I hired a tutor, and said, ‘Teach me how to code.’”

As a result, Watt ended up writing all of the code from the front end to the back end of Neatby’s website. Today, she teaches students basic coding in the computer science department at Dalhousie University.

“It’s fun,” Watt says. “It gives me so much interesting work to do.”

Neatby’s website is one of the small islands in the sea of digital communication between knitters and knitting businesses around the world. The Internet is the main thread that connects the world of knitters together. Neatby says now most knitting patterns have become virtual products, and so have the instructions.

Mimi Fautley, owner of the The Loop yarn store in downtown Halifax, says that it changed the entire world of knitting.

“When you come down to the yarn store, there would be binders full of patterns,” says Fautley, remembering the pre-Internet era. “You would just sit down, just look through the binders and that was your universe.”

Fautley says now the average skill of knitters is far more advanced, especially after the launch of the world’s largest portal site for knitters, Ravelry.com, in 2007.

“I think with knitting it’s really helped with its longevity,“ says Fautley. “There’s always more inspirations than what’s directly accessible to you, and there’s always something new to make.”

Corrie Watt understands well the changes the Internet has made in the community.

“In the 1990s we got a few more people, and in the 2000s it was getting much larger and more popular,” says Watt. “All the knitters that were looking for other knitters suddenly find them.”

Now, local knitters are actively exchanging information and planning gatherings on Ravelry.com or on Facebook. The Halifax group Knitting Out Loud (KOL) has more than 200 members on Ravelry.com and updates its weekly meetings on the messaging board.

Last year, a movement from Quebec to knit winter clothing for incoming Syrian refugees expanded to Nova Scotia as 25,000 Tuques–Nova Scotia and its information was widely shared on its Facebook page. One of the drop-off sites received 200 hand-knit hats from knitters from Cape Breton University.

While connecting online, knitters also like to meet offline.

Fautley says people have come to The Loop to join its beginner workshop, one of the most popular workshops at the shop. “We pretty much can fill as many as we can offer, mostly,” she says. “The demand for workshops has been always strong.”

There’s a monthly knitting group called In Gauge. On one Saturday afternoon in November, 10 people showed up for a knitting event at the Just Us! Coffeehouse in Halifax. Most of them had never met each other. Some knew how to knit, but others like Evelyn Chan, a student at NSCAD University, held a pair of knitting needles for the first time. Chan liked the idea of finding “some artsy friends.”

“The teaching is easy to follow and I like the venue,” says Chan. “(It’s) sweet to be sitting around together.”

Jessica Melindy, a fibre artist and the organizer of the group, helped Chan and the other beginners knit their first stitch. Melindy, is originally from Newfoundland and Labrador where knitting is popular.

“It’s something you could do with a new person, because it gives you something to do while you’re having a conversation,” she says. “It brings me comfort. So, I wanted to share that with people, too.”

Veterans like Lucy Neatby have noticed how much the knitting community has grown. After 20 years, she says that now she finds the community “pretty much special.”

In 2003, NSCAD started teaching art students knitting as a form of fibre arts, which has produced more local knitters. In 2012 and 2013, internationally known knitting designers Ilga Leja and Jane Thornley organized large knitting events in Halifax. In the town of Amherst, the Nova Scotia Fibre Arts Festival is held every fall and features various artists, knitters and vendors.

Neatby points to talents like Leja and Thornley and notes that they’re “well known in the wider knitting world, and they’re all immediately local.”

Starting next year, Neatby plans to take a break from travelling “for a year or two” to focus on her own experimental knitting and her private life.

But she won’t give up knitting or sharing her passion for it.

“If you sit next to me on a bus and ask me a question, I will teach you,” says Neatby. “I can’t help myself teaching.” 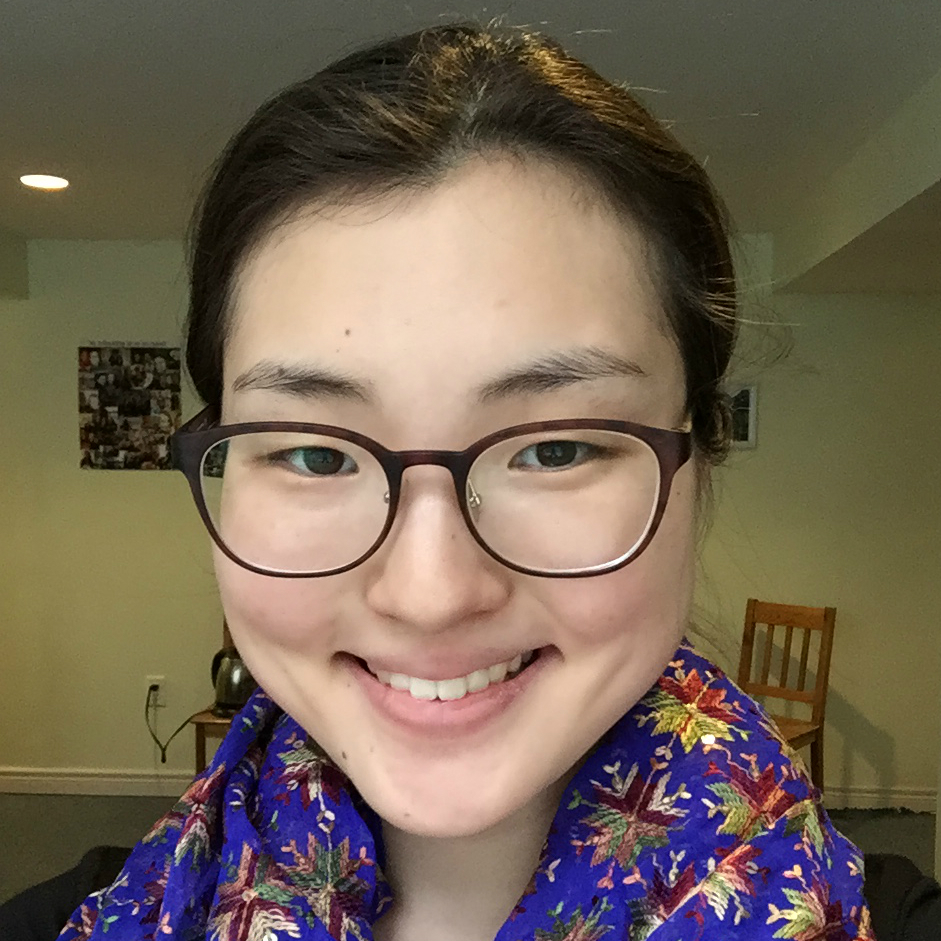 Lisa Takagi is a journalist and artist living in Halifax. Takagi has covered culture and cultural issues in Nova Scotia since she moved from Tokyo, Japan in 2015 including Gaelic culture or witchcraft. She is also active as a photographer and illustrator. Takagi is currently studying Master of Journalism at the University of King's College in New Venture stream.