How five Latin Americans found home by finding each other

Stepping in a small apartment belonging to his friend Maria Peña, he tells her right away.

It’s his first visit to her place since her back surgery, which went well for Peña as she darts quickly from her kitchen to the front entrance to meet Lopez.

“Really?” Peña leans in and asks in Spanish.

Lopez confirms. His eyes widen as he smiles and enthusiastically nods while he delivers the good news: “si.”

Having flour in stock at a store might not seem important for most people, but for Lopez, it’s a game changer.

Now he’ll be able to make flaky dough rounds known as arepas with the same ingredients his parents used for it, when he has Peña and his other Latin American friends over. For him, it’s the ideal dish to bring everyone in the room together to mingle, catch up and remind them of home.

Finding other Latin Americans to talk to and cook with wasn’t easy for Lopez when he moved to Wolfville in 2014. But, it was important to him to make those connections in order to feel like he isn’t entirely alone in this small university town in rural Nova Scotia.

“I try to, you know, connect with people from Latin America,” he says. “Sometimes, it’s easier; they have walked the same path you have.”

In a town with a population just over 4,000, Lopez has met three other Venezuelans and one Cuban.

They’re not a cultural association per se. They don’t hold events for the rest of Wolfville, but they’re able to form a tight-knit community forged by a common heritage and sometimes a common struggle.

When Lopez first arrived in Wolfville after accepting a biology laboratory position at Acadia University, the first thing he did was email every single faculty member of the Spanish department. He managed to find Venezuelan Eduardo Vaz in his very own department and together they’re the coaches of their children’s Lego Robotics team.

By sheer coincidence, Lopez met another Latin American person while shopping in New Minas with his family. She overheard Lopez talking in Spanish to his wife, Elyana and two children, Samuel and Alexandra and introduced herself. They exchanged phone numbers and the woman, who is not part of Lopez’s close Latino circle, got Lopez together with her Venezuelan friends, Maria Peña and Merelys Williams.

Now, Peña, Williams and Lopez will get together to catch up while speaking in rapid-fire Spanish.

“Samuel has grown so much, Peña remarks to Lopez, slightly gasping, during one of these times.

“He has grown like you wouldn’t believe. My mother visited recently and she’s a little bit shorter than you,” Lopez responds. “By the time she left, he was taller than her.”

Slightly embarrassed, 12-year-old Samuel calls out to his father, “Papa!” He stretches the last syllable out so that his father stops immediately.

Peña came to Wolfville from Valencia, Venezuela in 1993 after her son, who lived in neighbouring town of Hallbrook, invited her to join him in Canada. Williams, also from Venezuela, followed her new Canadian husband to New Minas where she owns a small business.

One night, Peña and Williams went to the Port Pub in Port Williams. They did not expect to hear the frenzied sound of live Latin music bouncing off the walls of the East Coast bar. Peña introduced herself to Freddie Mujica, a musician from a small town in Cuba who came to Wolfville in 2009 to be with his Canadian-born wife.

“Have you listened to his music? I love his music,” Peña says as she closes her eyes and holds one of Mujica’s CDs close to her heart.

As a touring musician, it’s difficult to work around Mujica’s schedule. This is why Lopez says he makes an effort to see Mujica play whenever he’s in town.

The world around them

Wolfville has no connection to Latin America whatsoever. The town is historically home to Acadians, New England Planters, Dutch farmers and, of course, British and Scottish immigrants. According to the 2011 National Household Survey, there are 440 immigrants living in Wolfville, a town with a population just over 4,000.

The population of Latin American immigrants is so small that it’s not included in Statistics Canada data.

This means that Lopez and his Latino friends stand out. They’ve all had experiences that made them feel like outsiders to some degree, starting with a stare or a head turn whenever they speak Spanish.

Vaz says someone once made a joke about how he only wanted tacos for lunch. Mujica says when he performs, people often assume he’s from Mexico instead of Cuba because he plays Latin music.

Both of those things didn’t bother Vaz or Mujica who each chalk that kind of behaviour to cultural ignorance.

Lopez once found himself on the end of a questionable interaction with a bureaucrat in the Department of Health over his last name.

Because if my name had been John Smith, this wouldn’t have happened.

Click to listen to Juan Carlos Lopez explain an incident with Nova Scotia Medical Services Insurance that made him feel like an outsider.

When a friend asked Lopez to be a witness for a health card application, the documents were sent back and the application was rejected.

“So I clued in right away,” he says, suspecting that the Department of Health assumed Lopez was on a work or student visa because of his last name.

He invited his friend to his Acadia University office and made a phone call.

“I said, ‘so because my name is Juan Carlos Lopez, you decided that I was not a resident of Nova Scotia,'” Lopez told the worker before requesting to speak with the supervisor.

According to the Department of Health, the application was rejected because Lopez didn’t sign his full legal name — Juan Carlos Lopez Gutierrez — on the document.

Lopez responded by asking why they didn’t just check his place of residency to confirm both names belonged to the same person.

The Department of Health won’t comment on the specific details of a case for privacy reasons. Tracy Barron, a media relations adviser, said in an email that it’s important for a health card application to be consistent with other legal documents to avoid confusion and delay.

For Lopez, the incident is just another reminder that Nova Scotia isn’t truly home.

“It’s always there that you came from elsewhere,” he says.

Nationally, the number of Latin Americans in Canada is increasing, even though the community in Wolfville is small enough to fit around a dinner table.

According to the 2011 National Household Survey, there were 381,280 Latin American immigrants in the country. Senior data analyst for StatsCan, René Houle, said 80 per cent of immigrants came for the promise of meaningful employment, while the remaining 20 per cent arrived as part of a family reunification.

While Latin Americans are not growing as fast as other minority groups in Canada such as Africans and Southeast Asians, the results from the 2016 census are expected to show an increase as the overall immigrant population rises.

As for Nova Scotia, StatsCan reported that there were 1,360 permanent resident Latinos living in the province. While the Atlantic region may be the initial destination for these immigrants, they soon head to Montreal, Toronto, Calgary and Vancouver.

When Lopez was living in Prince George and Calgary, things were easier.

“You have more of everything (in a big city),” he says. “It’s more challenging when you are in a small place.”

No one has understood these challenges more than Lopez’s wife, Elyana.

Since she arrived with the children in 2015, Elyana has had a hard time finding meaningful work.

Merelys Williams says that Latin Americans — and typically most immigrants — experience a prolonged isolation once they move.

“After so many years living in another country, you don’t feel like you belong to that country,” Williams says. “And when you go back to your country where you come from, you don’t belong there either.”

This is why Wolfville doesn’t feel like home, but neither will Venezuela or Cuba, so a casual dinner where they can speak Spanish and share recipes is more than just a night among friends. It’s the closest thing to home that Lopez and his friends have.

It’s not about speaking the same language, Lopez says; it’s about feeling comfortable and being completely understood.

“I feel like at home when I speak Spanish with them,” she says, struggling to find the right words in English. “Nobody else can speak Spanish, just us. We have to speak English, so most of the time (when we’re together) we speak Spanish. We share our culture … and I feel like I’m at home.”

When they get together they’re able to share the stories that matter to them — whether that’s the latest news from Venezuela or the discovery of an ingredient from back home that’s now at the grocery store. They also talk about life in Canada because no matter how long they’ve been here, it’s always going to be an adjustment.

Despite its small size and limited opportunities, living in Wolfville has its advantages.

The open air landscape and rich forestry of the Annapolis Valley not only gives Mujica and his kids a good playground, but they don’t feel as restrained as they did in Cuba.

“The only thing, believe me, that I don’t like over there is just the government,” he says. “We don’t have any freedom over there.”

Lopez has a permanent position at Acadia University, which for him means stability. He loves his job and even thinks about retiring there.

“If you were to ask me if it were only up to my job, I’m perfectly content here,” he says.

As for Vaz, he loves how easily he can show his children where food comes from by taking a 15-minute drive to any one of the town’s apple orchards or farms.

“We’re lucky we live in a beautiful town,” he says.

But, if the entire group were to leave Wolfville, it would mean less laughter and less warmth, according to their neighbours.

“What would we lose? We’d lose good friends,” says Ken Macdonald, one of Lopez’s neighbours, but Lopez, Vaz, Williams, Peña and Mujica all agree that Wolfville would lose much more than that.

“I think the thing that Wolfville would lose is the diversity of the people,” Peña says, as it’s something that wouldn’t happen in larger communities.

Mujica says that if Lopez decided to move on, he’d have no trouble finding other Latinos. 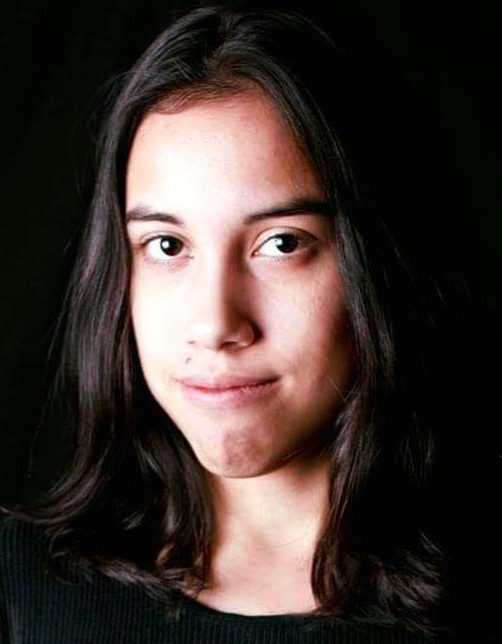 Francella Fiallos is completing her master's in journalism at the University of King's College in Halifax, Nova Scotia. She is the programming director at CKDU, Dalhousie University's radio station. Francella has bylines in CBC, rabble.ca, The Coast, and Halifax Examiner. Like John K Samson, it's all going to change when she writes her master's thesis. Some of her favourite records are Day for Night, Station to Station, Radio City, and Exile in Guyville. She loves the song MacArthur Park by Donna Summer.