'Be open-minded about the art that you see'

Local artist Andrew MacKeen hammers nails into the walls of Elle’s Bistro to hang up a set of painted skateboards.

“Be open-minded about the art that you see,” he says. “These things are really nice for your house.”

The show is held in support of the Canadian Association of Disabled Skiing, a national organization aiming to help people with disabilities participate in adaptive snow sports like skiing and snowboarding.

MacKeen, who also painted a used snowboard for the silent auction, has a system for creating his works of art.

“Usually it starts off with a spray paint background, then go in with some acrylic brushes, then markers on top of that.”

The host of the show, Gavin Quinn, is a member of the Canadian Association of Disabled Skiing and says the show is a great way to support the organization.

“They give a lot to a lot of people, so I thought it would be cool to round up some money and get some exposure for them,” he says.

Artists make a donation from each piece sold, with most donating up to half of their earnings. The pieces range in price from $200 to $500.

Quinn, who lives with mental disorders, is also the creator of Outsider Insight, an art project based around educational peer support and mental health.

The project, created four years ago, has developed to become a national skateboard and snowboard crew hosting art shows and fundraisers across Canada.

“I’ve had a lot of people help me through the years to get where we are now.”

Mary Elle Planetta, owner of Elle’s Bistro, says Quinn has done other art shows with Outsider Insight in the restaurant.

Planetta has done a rotating artist program at the bistro since it opened in December 2014. She says she uses her walls to give exposure to local artists.

“It was just a community thing; to give people a venue to showcase their art and themselves,” she says.

The skateboards will be showcased, and available for purchase, at Elle’s Bistro until around Christmas. 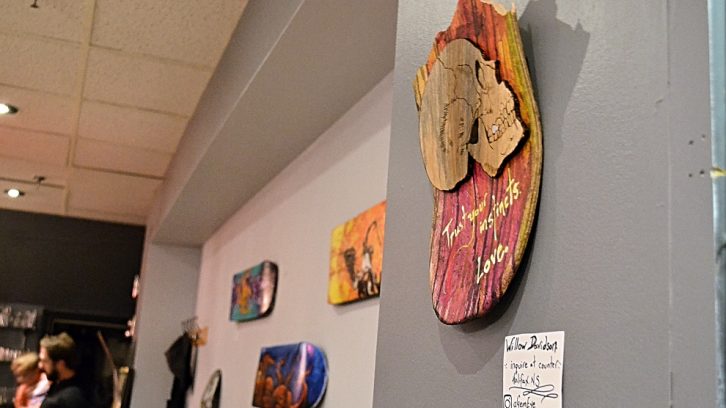 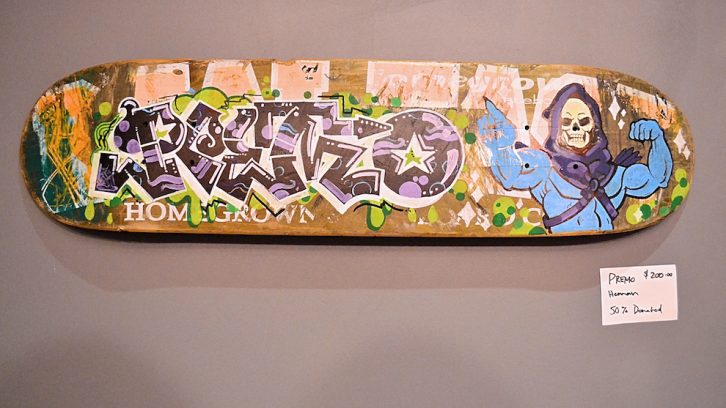 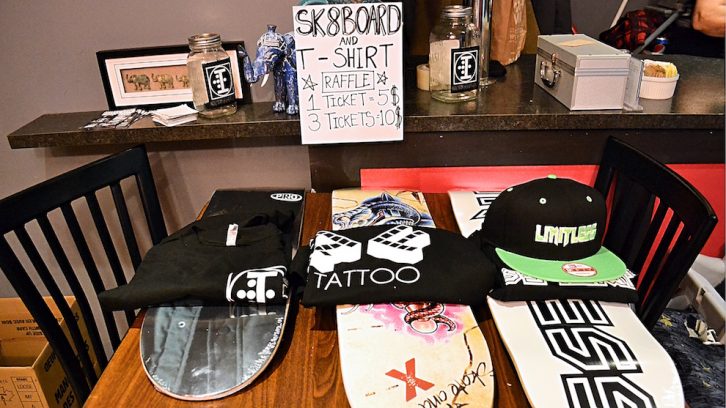