By Rachael Kelly and Francis Tessier-Burns

Pulling out a white sheet of paper, Sheree Fitch reads a letter from the parents of a 10-year-old boy. He was inspired to write his own novel by the “wacky purple world” of Mabel Murple, the classic children’s book Fitch wrote in 1995.

“That’s why we need to keep publishers around,” Fitch said to the audience gathered for the Nova Scotia Books Start Here campaign launch Thursday night at the Maritime Museum of the Atlantic. “If not, I wonder how many stories we’ll never get to hear.” 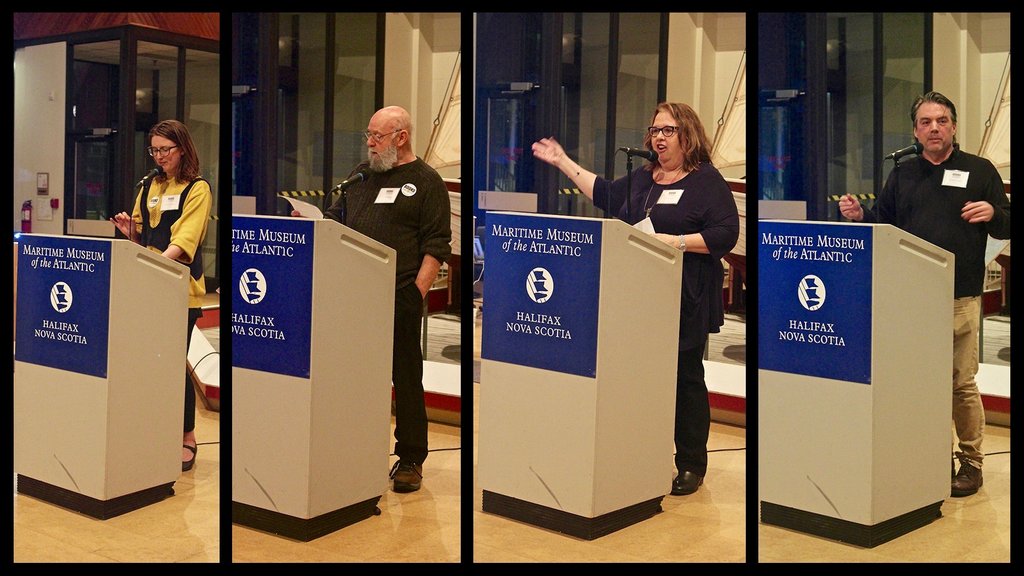 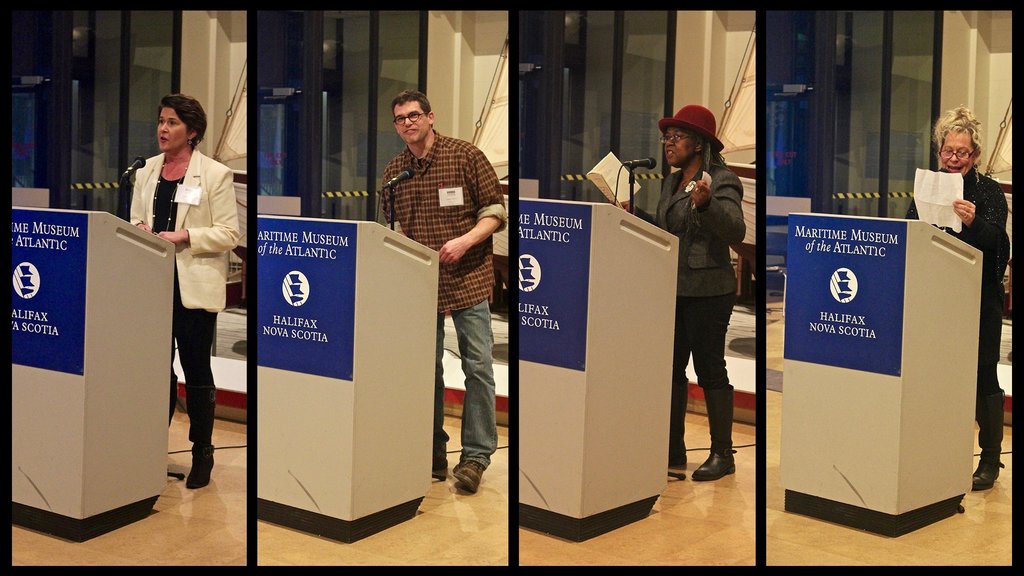 According to the campaign website, it wants the provincial government to “sustain and grow” Nova Scotia’s publishing industry by:

“Telling our stories is this need that we have, and I don’t know how any vibrant, prosperous, flourishing community can happen unless we always have a space for those stories to be told,” said Fitch.

At the meet and greet, local authors such as Frank Macdonald, Lesley Crewe and Janice Landry highlighted the importance of publishing for the community and local economy.

“Increasing financial support will allow ourselves to tell stories about ourselves,” said Macdonald, whose latest book Tinker and Blue was published by the Cape Breton University Press in 2014.

Not another film tax credit debacle

Last year, the Canada Council for the Arts invested $24.3 million into Canadian writing and publishing programs. Other governmental support came from the Book Publishing Industry Development Program and the Canada Book Fund.

Most of that money goes towards the larger publishing markets in Ontario and Québec.

This support would take many different forms: Steeves said Nova Scotia Business Inc. is currently in charge of creating programs to support book publishers. According to Steeves, meetings and talks have been “met with dismissiveness.”

In its 2015-16 budget, the government of Nova Scotia announced that as of April 1, 2016, it plans to invest $70 million in the province’s “cultural economy,” with $6 million going towards Nova Scotia’s film, animation, music and publishing industries.

But for Fitch, the success of the publishing industry can’t be measured on a spreadsheet.

“There’s this 10-year-old boy somewhere in rural Nova Scotia who is writing a novel… what he’s done is find his voice, his faith in his voice,” she says. “How do you put a price on that?”

Nova Scotia authors, illustrators and publishers answer: Why does the publishing industry in Nova Scotia need the government’s support?