The Swiss jeweller Otto Künzli could decorate his house with the number of awards and accolades he has accumulated over his 40 year career — such as the Françoise van der Bosch Foundation prize in 1990, or his Grand Prix Design award in 2010.

During his lecture at the Nova Scotia College of Art and Design on Friday evening, though, he said he didn’t care about any of that; his art represents his reflections on the world and his interactions with it.

Künzli’s lecture slides were an exhibit in and of themselves, and he consistently mocked academia and art theorists. One simply read:

It’s difficult to capture Künzli in a few quotes. He mesmerized around 150 people with long, drawn-out metaphors that captured his views on life and jewellery. He occasionally explained a bit of his work.

He once made over a hundred little pins that looked vaguely like a Mickey Mouse head silhouette. “I was Mickey Mouse traumatized,” he said, about taking on the project.

Another award-winning piece was a chain of rings donated by families who had family members murdered during the Holocaust. The rings were taken from them after they had arrived at death camps.

Otto questions whether jewellery like his even belongs in a museum.  He believes that jewellery needs to be experienced by people, because it is inherently interactive art.

“Is it right to deprive jewellery of its real use, to be worn?” he asked.

That said, he has had over 50 solo exhibitions and been involved in countless others in more than over 40 countries.

Many of his exhibitions are interactive. He told a story of one of his exhibits which was cancelled because he wanted to leave the gallery completely empty but pin a tiny red pin on to everybody that walked in.

Another time, in China, an exhibit was held in complete darkness and people were given flashlights — which they used to seek out different pieces in the gallery.

Nick Rosin, a 26-year-old former jewellery student at NSCAD, said Künzli’s work is “supposed to be worn, it’s supposed to be touched.”

“You can’t really appreciate it without going up close to it,” said Rosin, during a post-lecture reception.

Rosin admires Künzli’s work and strives to incorporate the same sort of philosophy into his own practice. Earlier in the week, at a separate lecture, some of the ideas the Swiss artist talked about had an immense effect on him.

“I actually got teary-eyed just from one of the ideas,” he says. “It was just so smart.”

To finish his lecture, Künzli presented a seven- minute video which was framed as though it were a pendant hanging from a red string, effectively making the video a necklace. A sequence of clips inside the pendant of the necklace followed: a child playing, a drive through a jungle in Japan, a shot of a meal being consumed.

All of the videos were simply experiences from Künzli’s life. That was the point, said one viewer.

“(Pieces of) jewellery are objects and they can be things that you wear but they go with you everywhere,” said Colin Walker at the reception. He’s a 24-year-old cook living in Halifax. “Experience was so important to him and watching all the little snippets of his life and how he was able to bring that to life in that little (video), that was really interesting.”

Künzli ended his lecture saying that he was uneducated, and thought very little of academia. He was then asked why he travelled the globe and gave lectures to students.

He responded that he wants to offer an experience for people that they can use to inform their creative lives. Likewise, for him the world is an experience, so travelling and talking to people is one of the ways he can enjoy it.

“I am like a whetstone that you can sharpen your knife on,” he said. “But I will also sharpen my knife on you.” 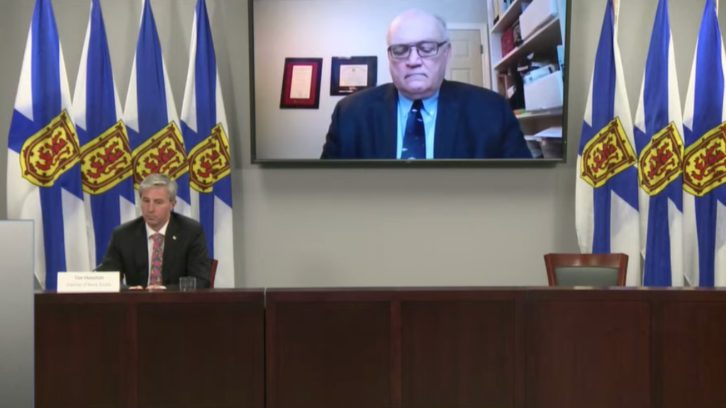