Erin Careless and Matthew Morash walk on the narrow shoulder of Highway 329 in Hubbards.  Jeremy Hull

Matthew Morash said eight “scrappy parents” who decided “enough was enough” banded together to push for measures to make their community, Hubbards, safer to walk.

Their resolve led to the Hubbards Streetscape Project, which moved one step closer to reality on Nov. 24, following a process that began in May 2020.

Morash, project co-chair, and other residents formed a community action group after several people had near misses with vehicles on the narrow shoulders of Hubbards’ roads and shared their experiences on social media.

“It was time to advocate for our community, our families and our neighbours to have safer active transportation,” Morash said.

The population of Hubbards is 387, according to Statistics Canada data from 2021, up 9.4 per cent from 364 in 2016. Hubbards is about 50 kilometres from downtown Halifax on the South Shore of Nova Scotia.

Morash said that the community wants sidewalks, multi-purpose paths and crosswalks at key locations in Hubbards to slow traffic and ensure pedestrian safety. During a tour of the community, he pointed out several places where cars left the road in areas where children and families walk.

Morash said their group canvassed the community and discovered concern that there was no plan to accommodate Hubbards’ growth. He said that residents identified active transportation as a primary concern as more traffic flows through the community.

The streetscape project partnered with the Aspotogan Heritage Trust to raise money for development. They hired Upland Planning and Design to create a community plan.

The co-chair of the streetscape project, Melanie McIvor and Paul Dec, from Upland, presented the new community plan to regional council’s transportation committee on Nov. 24.

“We really want to make sure that we can somehow keep the plan moving forward in its best efficient way,” McIvor said.

Dec was clear about the problem before he presented his firm’s design.

Hubbards is divided by the Chester and Halifax municipal lines. McIvor asked for help from the committee navigating the two jurisdictions. Dec said that co-ordinating development efforts between the two municipalities is adding to delays in moving the streetscape project forward.

HRM’s executive director of transportation and public works, Brad Anguish, said that the province had to approve some realignment of road infrastructure before the municipality can make any decisions.

“I’m sure you notice that the province owns that right of land, so all of the discussions have to go through them,” Anguish said.

“The Hubbards streetscape project is setting a way forward for all rural communities in HRM to work with the province and the neighbouring municipalities,” Lovelace said.

The project is scheduled to be discussed at the January meeting of the transportation committee, before the city finalizes its 2023 budget. 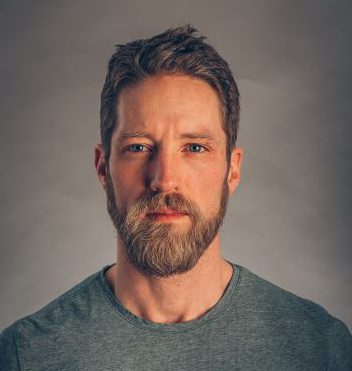