They meet at the movies

On the third of June, Tim Tracey held a public screening for his feature film Canadian Ninja at The Bus Stop Theatre in Halifax. Canadian Ninja had been a passion project: seven years of his life, $70,000 spent, countless hours of work. The film was conceived by love, but carried to term on sheer determination. It premiered at the Atlantic Film Festival to a sold-out crowd, but there’d been technical issues then. This time, he hoped to do it justice.

Forty people bought a ticket — around one-tenth of the crowd at AFF.

“It was hard for me a bit, because we didn’t have a huge turnout. I really wanted to pack the house,” Tracey recalls. “I’d put a lot of work into it, so it was kind of terrifying to invest that much in something you always imagine is going to play at all the festivals, everybody’s going to talk it up online, everybody’s going to watch it.”

The screening turned into a celebration for the cast and crew, who made up the bulk of the audience. Despite a long career and several awards to his name as an animator, few strangers showed up to see Tracey’s film. With no festival like AFF at its back or an organization’s shoulders to sit on, Canadian Ninja had to stand on its own that night.

For independent filmmakers, the film festival is both heart’s blood and mother’s milk. They screen their work, find an audience, and meet other filmmakers. But festivals are precious few. Fail to get in, your film can play out unheard, and the alternative is to enter the void of an indifferent Internet.

“We don’t have a local viewing community. It’s really fragmented,” he says.

A community could see filmmakers through the calendar wasteland outside festival season, and give them a steady platform. So together with fellow filmmaker Josh Owen, Tracey has founded Toxic Nova Cinema, a screening series that’ll start in January at The Bus Stop Theatre and give local talent a place to hang their hat.

“Our whole mantra with this thing is we’re not trying to be Sundance, we’re not looking for the latest and greatest,” says Owen. “We’re going to ask people around here, ‘Do you have any work you want to showcase?’ We’re just going to reach in and try to get people out.”

As the name suggests, Toxic Nova Cinema is meant to be a far shout from the usual Cineplex fare. The idea is to give a chance to films that the AFF might not accept.

“We definitely want to do some edgy stuff, but also curate a lineup. Maybe it’s all Indigenous filmmakers, that’d be great, or female directors. Hopefully we’ll have something for everybody. But it’s all going to melt your brain, one way or another,” says Tracey with a dry snark of a laugh.

For filmmakers, screening series like Toxic Nova Cinema exist within a greater ecosystem. They might not have the glitz of a festival, but they serve the same professional and social purpose: giving people a place to meet and exhibit their work. And with something more inclusive like Toxic Nova, it could give up-and-comers a foothold.

“For some artists starting off, they don’t necessarily have the confidence or don’t feel certain of their art,” says Yalitsa Riden, a recent NSCAD graduate whose short film Shoreline screened at this year’s Halifax International Filmmakers Festival. “When they have an opportunity to share that with others, they feel a sense of validation or get a clearer sense of what they’re trying to do.”

The vast majority of festivals charge submission fees, creating an economic barrier for many filmmakers starting out. Toxic Nova won’t. Financially, Tracey and Owen hope to break even with ticket sales and for Toxic Nova to sustain itself. Tracey will also draw on the connections he’s made on the festival circuit and try to bring in filmmakers in person, and if they screen a non-local filmmaker’s work, they hope to host Skype Q&A’s.

Still, the simple fact of watching with other people makes a difference, Tracey says. He recalls the atmosphere of that night in June, and how the noise didn’t reflect the turnout.

“It’s an experience, right? The show we did here, people got really engaged. Everybody was laughing and having a good, ridiculous time and I like it when the crowd’s rowdy and some shit-talking’s going on,” says Tracey.

For everyone in the community, sharing the work is paramount.

“You spend so much time and put so much love into making a product, you hope people will see it and hope they’ll like it,” says Stephanie Clattenburg, whose documentary Play Your Gender, premiered in October at Canberra International Film Festival in Australia. “When I’m in the room screening my film for the first time, I’m buzzing. I’m just shaking and nervous and looking around, watching people. Are they smiling, yawning? The way an audience reacts to your film is a huge part of what we do.”

Even if you have nothing to show, showing up might be the most important thing you do.

“You can make a film on your iPhone and present your work on the Internet, but ultimately you need people to help you and start building a reputation, and that comes from community,” says Martha Cooley, executive director of Atlantic Filmmakers Cooperative. “There’s still a role there, for sure. Of course, the Internet is good, but I think festivals create some buzz, some promotion that really helps people to get their work out there.”

AFCOOP addressed this back in 2003 when it began a screening series for local work. The series grew in popularity until 2007, when Halifax Independent Filmmakers Festival was launched. Today, AFCOOP has around 170 members, and HIFF is integral for Atlantic film as a launching pad in light of the people who attend.

Because for filmmakers, it’s not just a matter of the film getting seen. It’s also important who sees it. Audiences at festivals aren’t just cinephiles, it’s often programmers working for other festivals. Getting your film, and your face, in front of them is key. That’s why HIFF launched the Programmer Initiative in 2014, bringing in festival programmers to increase local talent’s exposure to major film festivals outside Atlantic Canada. Tracey and Owen hope to bring in programmers as well.

“As an emerging filmmaker, you want to make those connections. If you can have your work shown to a programmer, especially in a big theatre, I think that ups your chances of being selected by a thousand per cent,” says Daniel Boos, a Halifax-based filmmaker whose short Bound had screened at 13 festivals by the end of October.

Josh Owen’s short film Wizardly Wickedly Weeping was selected for Toronto After Dark and screened in late October. Getting your name on the poster can find you in good company, as Owen’s short screened before cult filmmaker Takashi Miike’s latest feature.

“The thing about film festivals is that they’re more of a curated thing. If you get into this, it’ll turn some heads. It’s a thing you can put on your resume,” says Owen.

Festival names and accolades on your resume can be traded in for real cash through grants and film funds when a filmmaker looks to finance that next short, or, if you’ve proved your worth with enough shorts, a chance at funding for a feature-length project.

Ashley McKenzie can attest to the laurel-clad ascent. Her debut feature Werewolf is currently on tour after premiering at Toronto International Film Festival, one of the world’s premier film destinations. It’s a project she realized off the back of four shorts that all had healthy runs, starting with Rhonda’s Party in 2012.

“The fact that Rhonda’s Party had such a successful life, I’m sure had a huge part in legitimizing us as filmmakers and getting us into that network. It’s all these stepping stones,” she says. “The things we’ve done with our short films have definitely helped us to get to this point.”

Coming up in Cape Breton, McKenzie could show her work at the Cape Breton Island Film Series. Like Toxic Nova, it was a regular screening series that would show independent features, but also gave time to up-and-comers.

“Parker, who ran the film screenings, would always screen our film ahead one of the features, so whenever we would have a new film, he’d screen it there. That has been our venue,” she says.

The film series ran for 10 years and ended in late 2013. Now gone, there’s no real outlet for independent work in the region.

“Right now, we really want to screen Werewolf in Cape Breton, obviously, because it’s such a homegrown thing. But it’s not simple, we basically have to organize it all ourselves, because there isn’t a screening series anymore. So we have to find a venue, and do all the promotion, figure out a way to put it on the screen,” says McKenzie.

A film wants, more than anything, to be communal. It wants to be seen, heard and felt by anyone and everyone. A great many films don’t get to. Toxic Nova hopes to help with that and offer a place for people to gather around what they’re passionate about.

For Tim Tracey and Josh Owen, that’s all they really had in mind — a night to celebrate the work and the people behind it, new and old.

“I’ve had people help me in the past to get in front of programmers and different festivals and get outside that Nova Scotia, Halifax barrier. So this is to pass that along, or pay it forward,” Tracey says. “At the end of the day it’s about the community. Building a scene and having a good time, and getting people to see some things they never would have seen.”

“I think that’s an OK way to spend an evening.” 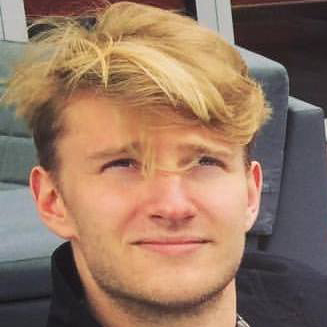 Mikkel is finishing his Master of Journalism at the University of King's College. He's fond of watching films, and sometimes writes about them too.