Environment Canada called for 15 centimeters of snow and ice pellets before noon. By 11:30 in Halifax, it had turned to rain and hail in some areas, with high winds along the peninsula.

By mid-afternoon, high winds and rain were still battering the urban core in Halifax, and the sidewalks were very slushy.

High winds at the Halifax commons, snow has turned almost entirely to rain. Plenty of slush and flooding on the sidewalks. #NSstorm pic.twitter.com/9HwrpGJURD

There continued to be poor visibility on many roads throughout the day, and the bad weather with high winds caused school and business closures.

Issues with power lines and equipment caused power outages affecting thousands of customers across the province.

There were more than 4,750 customers without power in the Halifax region around 5:30 p.m., and more than 6,000 in total across Nova Scotia.

The first power outages were in the western part of Nova Scotia and the Shelburne area around 5 a.m., said Lia MacDonald, vice-president of transmission, distribution and delivery at Nova Scotia Power.

“What we are constantly doing actually is watching the weather and staying ahead of potential forecasts for the wind in particular, or other precipitation like heavy wet snow or freezing rain, that might cause our power system an issue,” MacDonald said.

MacDonald said there were over 300 field technicians out across the province on Tuesday.

She added that challenges include poor driving conditions and high winds, which pose safety risks for crew members and contractors.

“When it becomes too windy, it’s not safe to go up in the buckets that the crews use to restore the power,” MacDonald said.

MacDonald said restoration times are based on expected weather timing, the level of damage based on weather and severity of winds, and how long similar outages have taken to restore in the past.

“We always encourage customers to continue to check back with our website, because we do update those restoration times as we gather more information when the crews get to the sites and assess the damage,” MacDonald said.

All Halifax Regional Centre for Education schools and offices were closed for the day.

The MacKay Bridge was also closed to all high-sided vehicles, causing bus detours.

Just before 9:30 a.m., Halifax Transit tweeted that about 10 per cent of their fleet was running at least 10 minutes late due to poor road conditions and vehicle collisions throughout the city.

The winter parking ban will be in effect from 1 a.m. to 6 a.m. early Wednesday, to allow snow removal operations.

Environment Canada issued rainfall and wind warnings for Halifax Metro and Halifax County West. The snow eventually changed to rain before noon. Overall, 25 to 80 mm of rain was forecasted, with the highest amounts along the Atlantic Coast.

Winds were forecasted to go up to 80 km/h, with 100 km/h along parts of the coast Tuesday morning and afternoon for western Nova Scotia. They were expected to move over eastern Nova Scotia and Cape Breton throughout the afternoon and evening.

Some health care services were cancelled including the pop-up COVID-19 rapid testing site at the Spryfield Lions Rink and Recreation Centre, and blood donation at the Canadian Blood Services on Bayers Road in Halifax.

Regular waste collection has been rescheduled for this Saturday, and residents were asked to not place their waste on the curb.

Several universities and college campuses within HRM and other parts of Atlantic Canada closed for the day. Saint Mary’s University, Dalhousie University, University of King’s College, and Nova Scotia Community College closed for in-person classes, and many also closed for online classes. 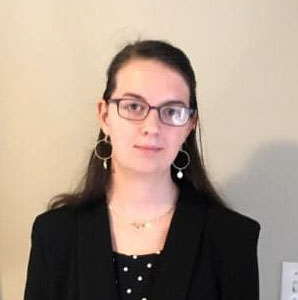 Alec (they/them) is a journalist based in Halifax, with a focus on music and arts. Their work has appeared in The Coast and they are a member of New Feeling Co-op.

Providing Christmas for kids of inmates

New program aims to help seniors stay in their own homes

Plus, food insecurity on campus, exotic fruits and a hockey star shoots for the top